What is a Colonoscopy?

A colonoscopy is a test which allows the lining of the large bowel (colon) to be inspected with a long flexible fibre-optic camera. It is about as thick as a little finger. It is passed through the anus and into the colon. It can be pushed all the way round the colon as far as the caecum (where the small and large intestine meet). Another test called a flexible sigmoidoscopy only looks at the rectum and the lower part of the colon. The colonoscope also has a 'side channel' down which devices can be passed. For example, the operator may take a biopsy from the inside lining of the colon by using a thin biopsy forceps which are passed down the side channel.

Do I need a Colonoscopy?

Mr Tsavellas may advise a colonoscopy if you have symptoms such as bleeding from the anus, pains in the lower abdomen, persistent diarrhoea, or other symptoms thought to be coming from the colon. The sort of conditions which can be confirmed include:

Various other conditions may also be detected. A colonoscopy is often normal. However, a normal result may help to rule out certain possible causes of your symptoms.

What happens during a Colonoscopy?

Colonoscopy is usually performed on a day case basis. You will usually be given a sedative to help you to relax. This is usually given by an injection into a vein in the back of your hand or in your arm. The sedative can make you drowsy but it does not 'put you to sleep'. It is not a general anaesthetic. You lie on your side on a couch. The camera is gently pushed into the anus and up into the colon, allowing inspection of the bowel lining on a TV monitor. Air is passed down a channel in the colonoscope into the colon to make the inside lining easier to see. This may cause you to feel as if you want to go to the toilet (although there will be no faeces to pass). The air may also make you feel bloated, cause some mild 'wind pains', and may cause you to pass wind. This is normal and there is no need to be embarrassed, as this is expected. Biopsies (small samples) of the inside lining of the colon may be taken. This is painless. The biopsy samples are sent to the lab for testing, and to look at under the microscope. Also, it is possible to remove polyps, which may be found, with an instrument attached to a colonoscope called a snare. At the end of the procedure the colonoscope is gently pulled out. A colonoscopy usually takes about 20 minutes. However, you should allow at least three hours for the whole appointment to prepare, give time for the sedative to work, for the colonoscopy itself, and to recover. A colonoscopy does not usually hurt, but it can be a little uncomfortable, particularly when the colonoscope is first passed into the anus.

What bowel preparation will I need?

You will get clear instructions from the hospital before your test. The colon needs to be empty so that good views can be obtained. You will be instructed on how to take a special diet for one day before the test. You will also be given some laxatives to take, such as Moviprep, usually starting the day before the test.

What happens after a Colonoscopy?

Most people are ready to go home after resting for an hour or two. You may need to stay a bit longer for observation if you have had any large polyps removed. You should not drive, operate machinery or drink alcohol for 24 hours after having the sedative. You will need somebody to accompany you home and to stay with you for 24 hours until the effects have fully worn off. Most people are able to resume normal activities after 24 hours.

Are there any side-effects or complications from having a colonoscopy?

Most colonoscopies are done without any problem. The sedative may cause you to feel tired or sleepy for several hours afterwards. You may pass a small amount of blood from your anus if a biopsy was taken, or if a polyp was removed. Rarely (less than 1 in 1000 procedures), the colonoscope may cause damage to the colon resulting in bleeding or perforation which may require a longer hospital stay or in some cases, an operation. 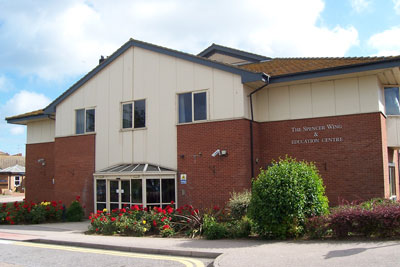 © 2021 Website designed and created by UK Surgeon. Websites by surgeons for patients.